How are different languages supported in QualiWare?

The active language can be switched from the tools drop-down under the language menu. 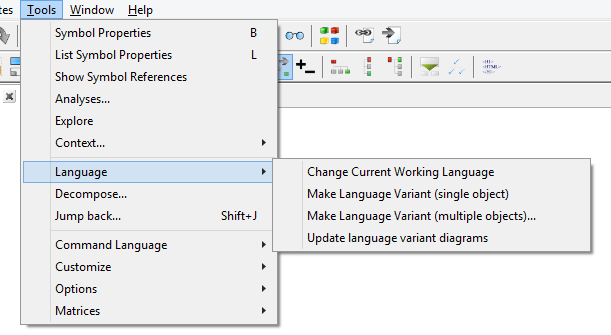 The working languages themselves must be enabled on the individual repository first. 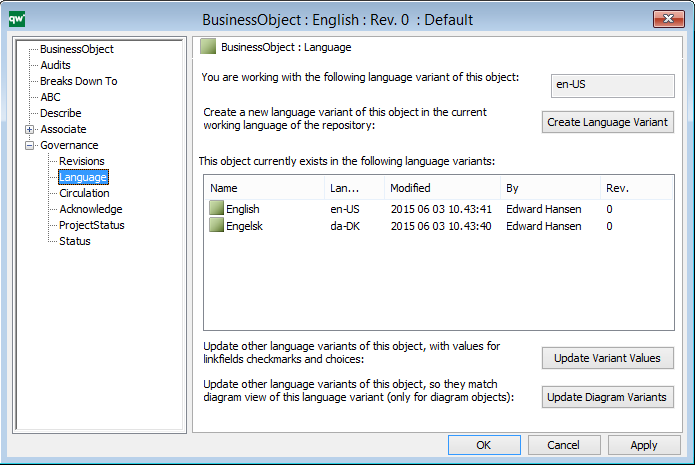 What is Version Control and how is it used?

Version Control exists both for models and symbols. This functionality can be accessed via the right-click menu.

Under the Revision menu a new revision of the single object or multiple related objects can be created.

What are Configurations and how are they used?

Like Private Workspaces, Revisions create a copy of the whole repository. The difference is that the new revision is on the same level as the original repository. Often this function will be used in conjunction with “locking” the original “Base” repository.

An alternative scenario can be to create shared diagrams and models in one project and then create a new configuration with a locked base to mark the beginning of a new project, thus providing easily-accessible slices of the architecture over time.

What is the QualiWare Enterprise Publisher?

QualiWare Enterpriese Publisher (QEP) enables you to publish objects and diagrams that you model in QualiWare Lifecycle Manager to an Intranet, so that they are available to the rest of the organisation.

How do I create a PrivateWorkspace?

A PrivateWorkspace can be used as a separate “workbench” of the repository in which scenario planning and experimentation can take place.

This is due to the fact that changes to models and symbols in the PrivateWorkspace can be promoted to the main repository once experimentation is done.

Notable functions in the PrivateWorkspace:

How to create a PrivateWorkspace: