Symbols (Classes, Set Rules, Datatypes and Instances) are dragged from the palette into the drawing canvas. 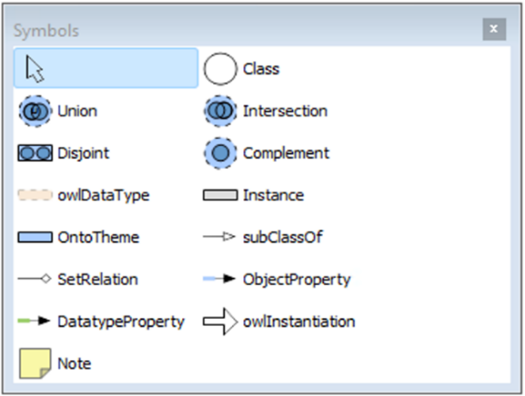 The ontology diagram symbols palette provides the set of symbols and links which are used to graphically represent the ontology:

owlInstanciation (connector linking a Class or a setRule to corresponding Instances)

As in any QualiWare diagram, connecting 2 symbols is achieved by selecting the connector, then the source symbol, then the target symbol, then giving it a name.

The coloring of the Class symbol is achieved based on the Class characteristics. 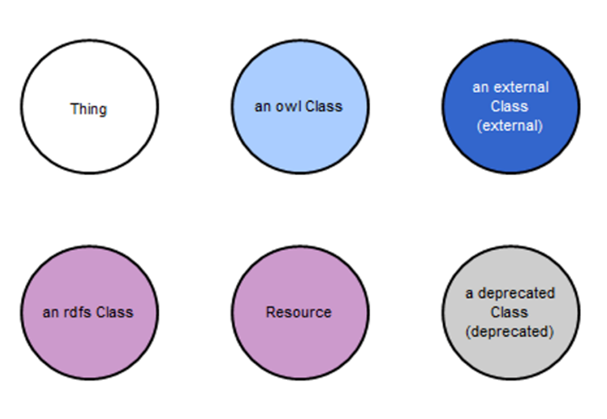 A class can be:

Since it is contextual to the edited diagram, defining a Class as being external to an ontology is achieved by selecting the classes which are external to the ontology depicted in the diagram copying them and pasting them in the “External Classes” field of the definition template of the diagram. 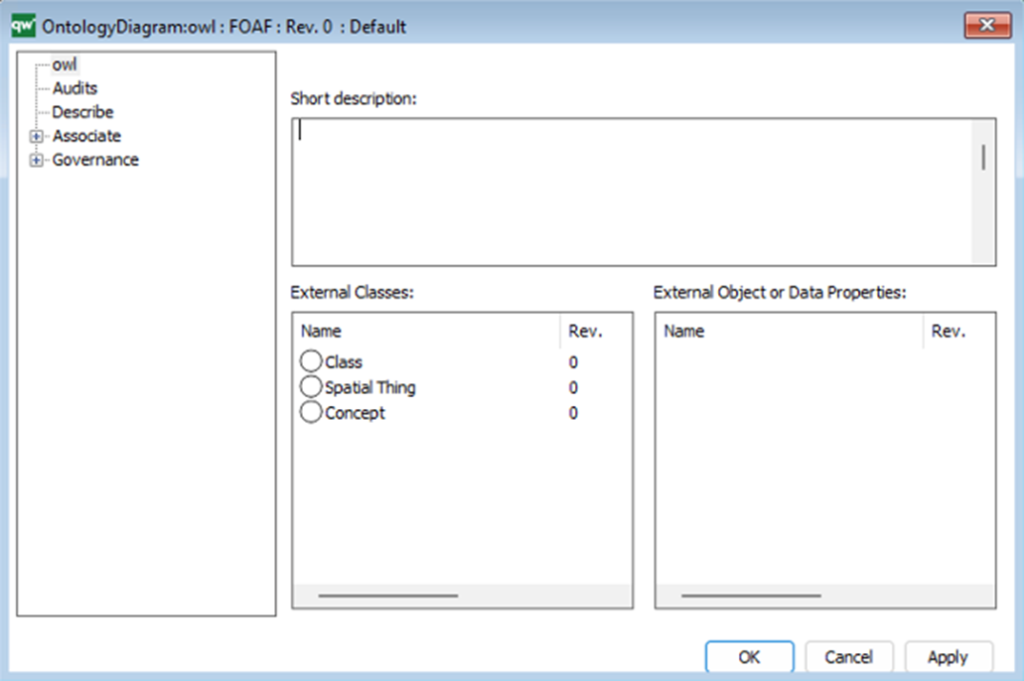 The same can be achieved for ObjectProperties which are external to the edited ontology.

A same Class (unique in the repository) can be a standard owl Class in the ontology defining it (and appearing pale blue in the diagram depicting this ontology) and dark blue (since external) in possibly many other diagrams depicting other ontologies referencing to this Class.

When closing a diagram, the corresponding Ontology instance (the one which refers to the diagram) is updated. Its contained Classes and Object Properties fields are updated.

The instances of Class, ObjectProperty, DatatypeProperty and set Rules instances edited in the diagram are also updated (see corresponding paragraphs)