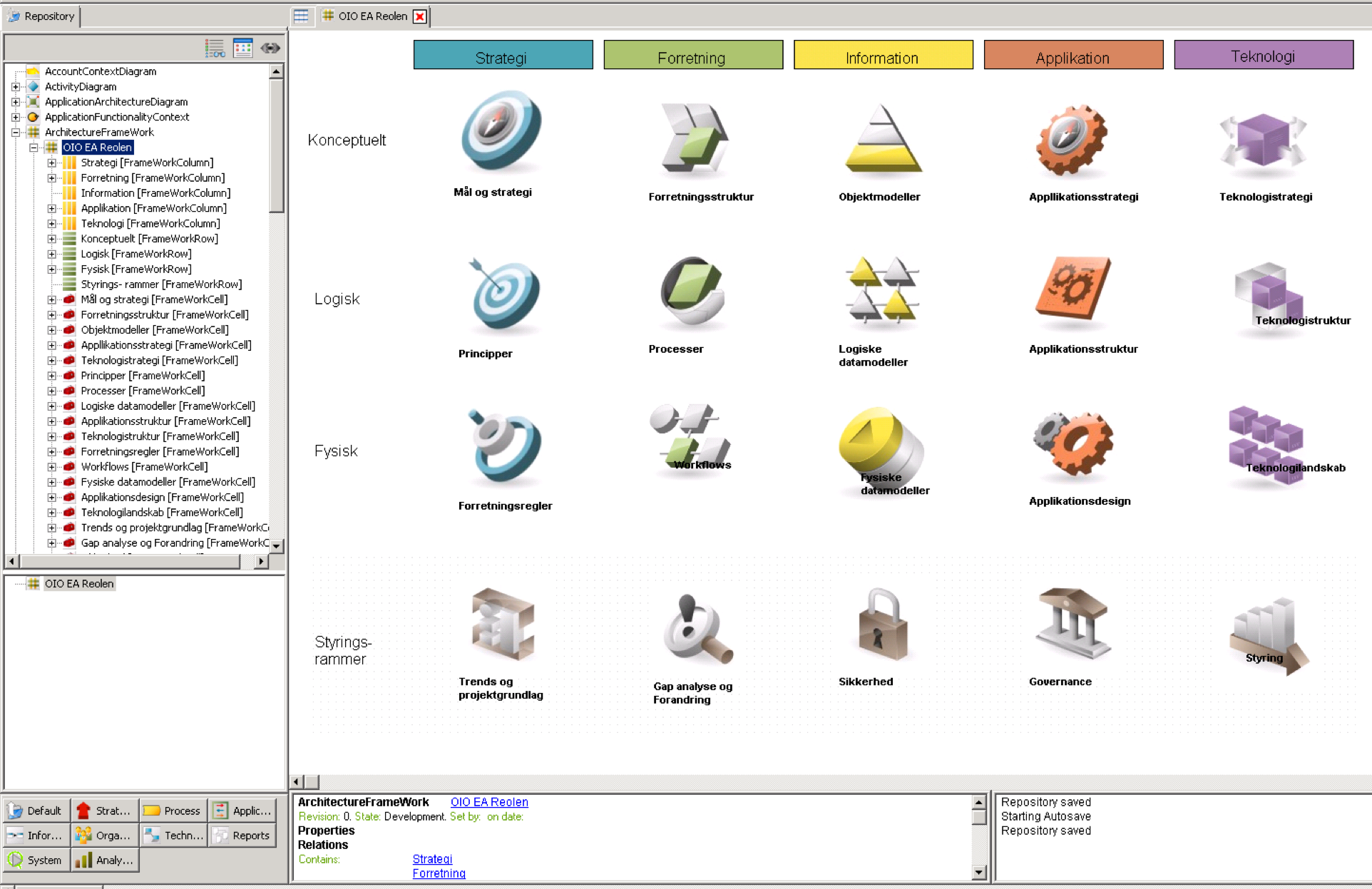 The Danish government’s OIOEA framework and method is the de facto standard for the Danish state’s enterprise architecture practitioners.

The OIO framework is today widely adopted across all tiers and levels of the Danish government. Various parts of the framework are also used outside government in private business sectors including the financial sector. The framework includes standards in operation both in government and in the private sector such as interoperability standards and infrastructure solutions used in relation to login (eg. NemID) or exchange of business documents (eg NemHandel).

The OIOEA work is based in the Danish Agency for Digitisation (DAD) within the Ministry of Finance. The program is part of the Danish e-Government Strategy 2011-15. In 2013, OIOEA 2.0 was launched and the OIO Architecture guide was set up to help Danish authorities and institutions as well as their suppliers get an overview of common, cross-governmental principles, requirements, methodologies, models, standards, infrastructure, governance etc. in relation to digitalization.