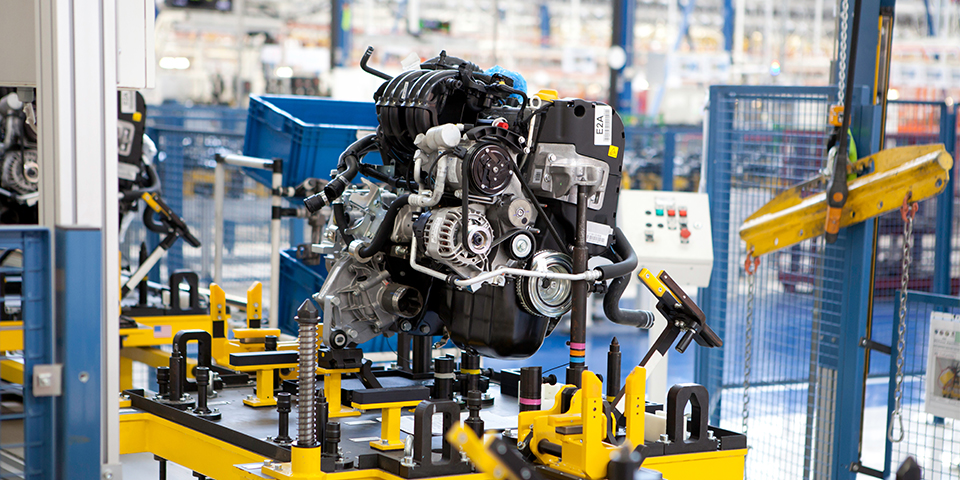 QualiWare and 17 other member companies of Manufacturing Academy of Denmark (MADE) went on an Industrie 4.0 study trip to Automation Valley in North Bavaria last week. The trip was arranged by MADE together with the local chamber of commerce and industry and the Royal Danish Consulate General in München.

Siemens, one of Germany’s largest companies and the largest engineering company in Europe, has taken its own medicine  – digitalization and Totally Integrated Automation (TIA) – and has built a digital factory in Amberg in Bavaria.

The facility is a prime example of advanced product automation and has received numerous awards. The Amberg factory already combines the real and virtual worlds: Products communicate with machines, and all production processes are optimally integrated and controlled via IT.

The factory is essentially a fully operational demonstrator for many of Siemens’ own products and brands. Since the factory actually produces critically-important equipment for digital factories, one could call it a factory factory, and one may start wondering whether we visited the real-world Cyberdyne (as known from the Terminator movies). 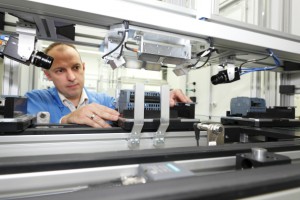 Siemens told us that they were quite content having reached a 75% level of automation in Armberg, and that it currently is neither feasible nor desirable to automate further in this kind of production.

The continued human intervention will not disappear with the digital factory, but roles and competencies will change dramatically. Shop-floor work merges with administrative and analytical work, and desktops with computers now invade the shop-floor alongside the robots, sensors and augmentation systems. How the different roles and responsibilities change will depend on many things, not least organisational culture and politics. When sensors and big data analytics become the new supervisors, middle management must find new work, or become extinct, for example.

After huge Siemens we next visited FIT AG, an additive design and manufacturing (3D printing) company with (I think) 200 employees. They introduce ADM and themselves like this:

Here are some examples of their prints: 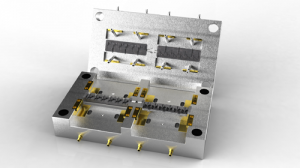 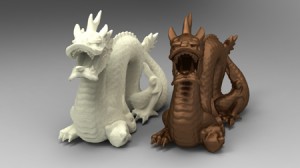 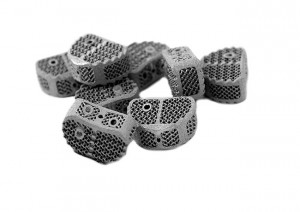 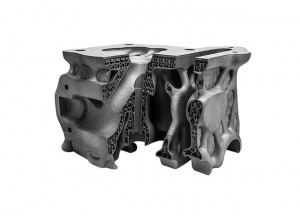 FIT uses leading-edge AM technologies and works closely with 3D printer vendors to become able to deliver ever more advanced products on ever more markets. FIT is growing fast, and we visited their new printing facility in Lupburg, which is already (partially) open for business, as Europe’s first commercial high volume additive manufacturing facility.

Additive Design and Manufacturing is an enabler of radical innovation, and FIT’s value proposition is basically that you can now produce and manufacture some designs that were previously if not impossible then impractical to produce. AM itself is today far from competitive to standardized mass-production, but is beginning to be interesting for mass-customization and complex product in higher volumes. But the real strength today is in rapid prototyping and design iterations for product innovations. For an example, see FIT’s case video about a race car cylinder.

Organizationally, ADM is to industrial designers/product engineers and production engineers/shop-floor what devops is to service designers/IT developers and IT service managers/IT operations. It is going to be interesting to see how this will work in an industrial setting, which has traditionally had very . 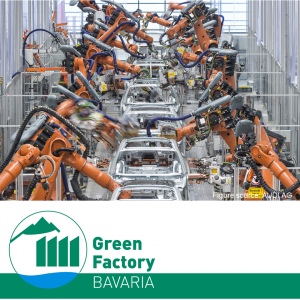 The last visit was to the Institute for Factory Automation and Production Systems (FAPS) at Friedrich-Alexander-Universität Erlangen-Nürnberg (FAU) which is a research leader in cleantech. FAPS is involved with Green Factory Bavaria:

The FAPS team demonstrated a range of research results which, for example, use much less electricity than current solutions. Or less material. It should go without saying that such research is incredibly important at many levels – from “saving the planet” over “viable enterprise” to “profitable growth/competitive advantage”. A group of experts discussed the “digital green agenda” in Greening IT. As a registered user, you can download the book here.

One of the days in Nürnberg was a networking day for Danish and German companies. Or DACH companies; one company I found particularly interesting is an Austrian company, Augmensys, that provides and develops Augmented Reality software for professional use in industrial environments.

Established in 2011, Augmensys is a pioneer for efficient data management without frictional losses throughout the process industry. Their UBIK platform is an innovative mobile data management software with Augmented Reality support, made solely for use in enterprise scenarios.

Augmensys is currently focusing on tablets, but also works with helmets and smart-gadgets of various kinds. The sometimes rather special settings for the relevant usage scenarios – for example underground without GPS, wifi, etc – is a key challenge. Also, the human-device interaction is a challenge, since it’s not always practical to use, say, a tablet.

In some industrial (and other) settings, augmentation technologies are embedded in the environment and interact with machines, robots, sensors and other “things” – and people. For example, a Danish meat-processing facility uses laser projection for guiding the meat-cutters.

So, the Germans call all of the above Industrie 4.0:

When components communicate with the production equipment by themselves, or order a repair to be undertaken when needed – when people, machines and industrial processes are intelligently networked, that is “Industrie 4.0”.

Industrie 4.0 is a central element in the German government’s Digital Agenda program. The German manufacturing industry is, as our study trip showed, already fully engaged in realizing Industry 4.0.

The digital agenda is a global agenda, and Germany’s Industrie 4.0 is of course also a strong national agenda for German competitiveness in the global markets. With “players” such as Siemens and SAP, Industry 4.0 could be Germany’s export good #1.

There is however also a risk at stake: Maybe Industry 4.0 works better outside Germany? Or whichever variants other countries call their digitalization efforts.

The Danish delegation returned home with a lot of inspiration – both from the Germans but also from each other – and will continue working together to enable the continued digitalization of the Danish manufacturing industry. Which will probably continue to use Siemens and SAP as major suppliers for their digital platform.